If you tuned into CBBC this Sunday, you will have seen one of our marvelous illustrators Eglantine Ceulemans, alongside the lovely Isla Fisher, who together worked on Isla's new book Marge in Charge.

We turned up at the CBBC studio in Manchester early Sunday morning and Eglantine was shown to the green room where she had a bit of time to sit down and relax. It was then time for the producer, Bec Greenwood, to give her the rundown of the morning’s events before Eglantine was whisked into hair and makeup! Then into the studio for a quick run through and to meet the children that had come to join them there. They had each written a chapter of a book that they would like to write and were all budding authors in the making!

The children then got the chance to ask Eglantine some questions they had prepared, including asking what she likes drawing the most and how she got into illustration. She’d also brought along some of her original drawings from Marge In Charge which everyone quite rightly wooed over! Afterwards, Eglantine and Isla went through some illustrations that children had sent in of well known book characters and they discussed what they liked about them and what they felt worked.

At the end of the live show, Isla and Eglantine did some book signings for the children - we also managed to get a signed copy for Plum Pudding too!

All in all it was a super exiting day and a great opportunity for our wonderful Eglantine! Well Done Eg! 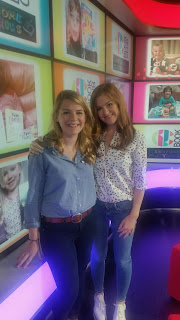 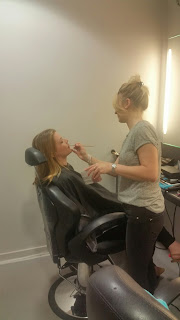 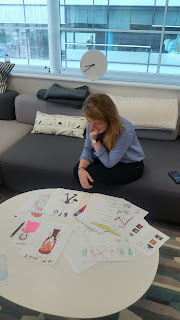 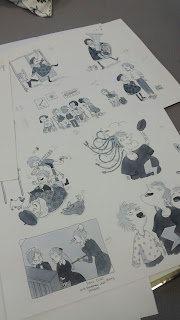 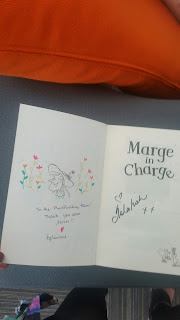 Posted by Plum Pudding Illustration Agency at 09:42 No comments:

Eglantine Ceulemans and Isla Fisher live on CBBC this Sunday at 9am!

Tune in to CBBC this Sunday, 17th July at 9am to see Eglantine Ceulemans live on CBBC alongside Isla Fisher talking about their new book - Marge In Charge, which is due to be published at the end of this month! It’s all part of the Awesome Authors event which CBBC is running to inspire a love of reading.

As well as answering questions from the audience of children and chatting with Isla Fisher about working together as team, Eglantine will be drawing live on telly and giving lots of useful tips on how to draw and what inspires her!

We’re all super excited to see Eglantine on TV talking about her hilarious, funny and quite frankly fabulous illustrations of the eccentric rainbow haired Marge who turns up to babysit Jake and Jemima but ends up causing all sorts of havoc! 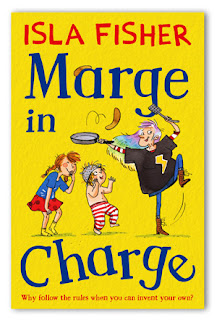 Posted by Plum Pudding Illustration Agency at 09:58 No comments: