We asked Emily to tell us all about this incredible project:

Back in March, I was approached by Fresh Arts, the ongoing arts programme at North Bristol NHS Trust and Willis Newson, a leading independent arts consultancy in Bristol. They were undertaking a big project in Bristol to introduce artwork to the new Southmead Hospital and were on the hunt for an illustrator who could help them with a specific department. The department in question was the Children’s Minor Injuries Unit and the aim was to enhance the area to improve patient experience and to create artwork that helps to calm and captivate the imagination of young patients.

I was asked if I would be interested and immediately accepted. I had never worked on a commission of this scale before, and the purpose behind the project really appealed to me. I began by talking to staff and visiting similar wards to find out what worked in terms of artwork and what the staff would like to see. It was interesting to hear how staff often used artwork to distract patients, and how humour plays a key role in making the experience less stressful for children. I researched colours and themes and found that in a number of studies, nature themes came out on top as the most relaxing. 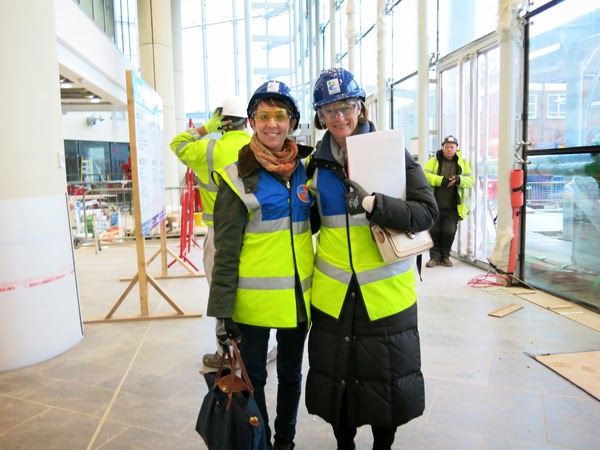 I was supplied with architectural plans to work to and I had an initial site visit to view the space. At the beginning of the project the hospital was still under construction, so I was working to the same deadline as the builders to get the hospital ready in time for the opening at the end of May! I started by making mood boards for each room with colour schemes and characters/themes that I thought would suit each area. I then moved on to pencil drawings to scale on plans of the rooms. These included 3 assessment rooms, 2 waiting areas and a number of public spaces such as nappy change rooms and the loo! 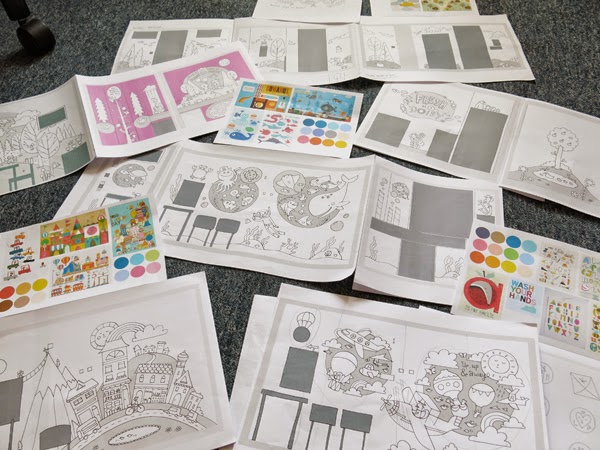 Every stage had to be approved by Willis Newson and Fresh Arts, so it was a real collaboration and it definitely made me extra organised as there was a strict schedule to stick to. After the pencil roughs were approved by staff, I moved on to the final stage of the process, the coloured illustrations. This was the most epic stage of the commission for me! I had never worked on something that involved such precision. I needed to provide my artwork at 1/4 of the final size and I was responsible for making sure it would fit around machinery and furniture in the hospital rooms. It involved a lot of measuring and double checking. I also had to provide my artwork print ready, with bleed and cutter guides for each separate vinyl…it was a big task!

It took approximately a month to create the finals, and these were then sent to a print company in Bristol called C3. They checked all my artwork and printed them out at 25% so we could all check for errors. I was particularly worried about the world map vinyl for one of the waiting rooms because I was sure I would have spelt something wrong or got a mountain range in the wrong place… but it was all ok! I then went with the installation crew to start the task of sticking the vinyls to the walls. After a week, it was all done and I visited to see them in place. 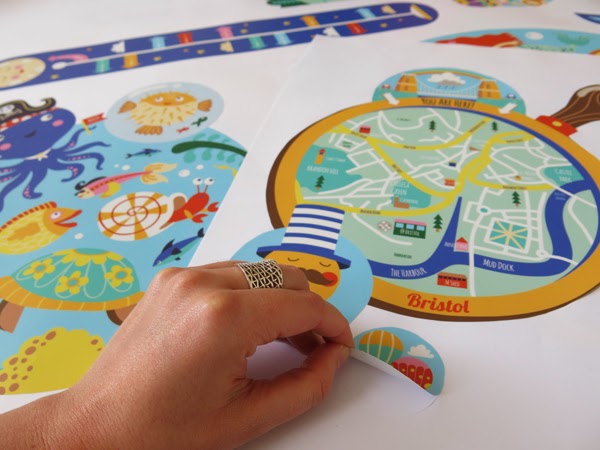 It was quite emotional, because I had only ever seen them on my little computer screen, so seeing them up to 3 metres long was quite overwhelming. I was so pleased with the result, and some of the staff were also there and seemed equally as happy. All in all it was a very challenging commission which tested by organisational and technical skills, but I loved doing it and I hope that the patients and staff are happy in their new cheerful and colourful department. 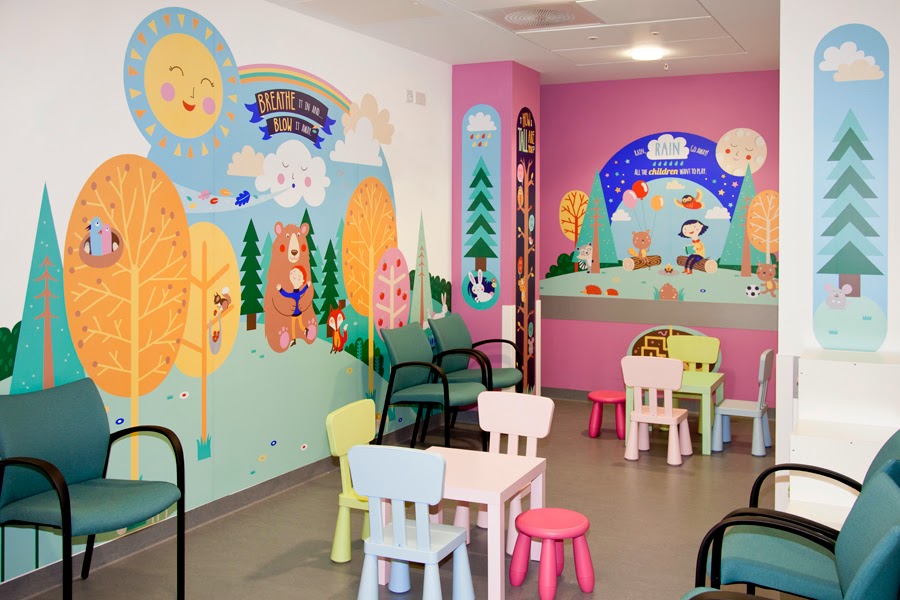 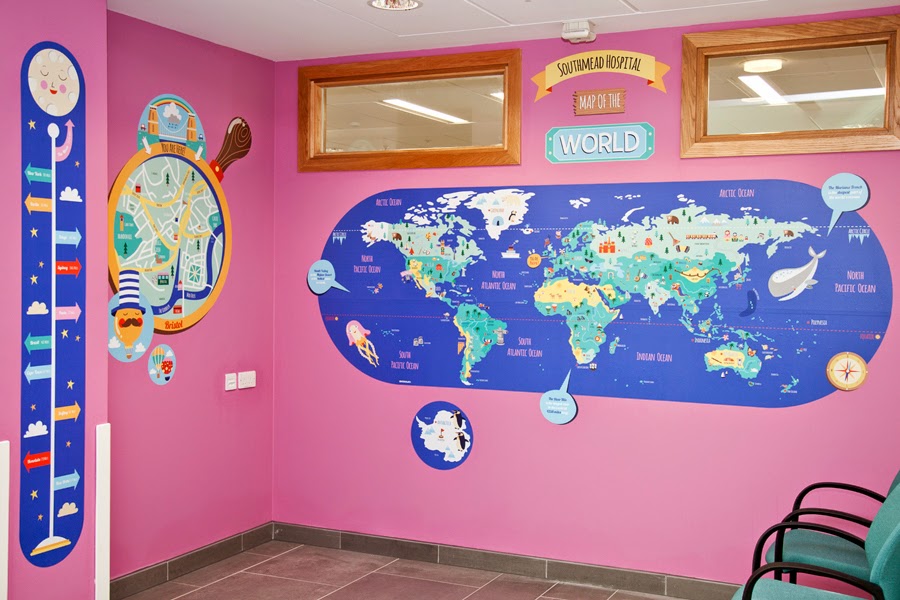 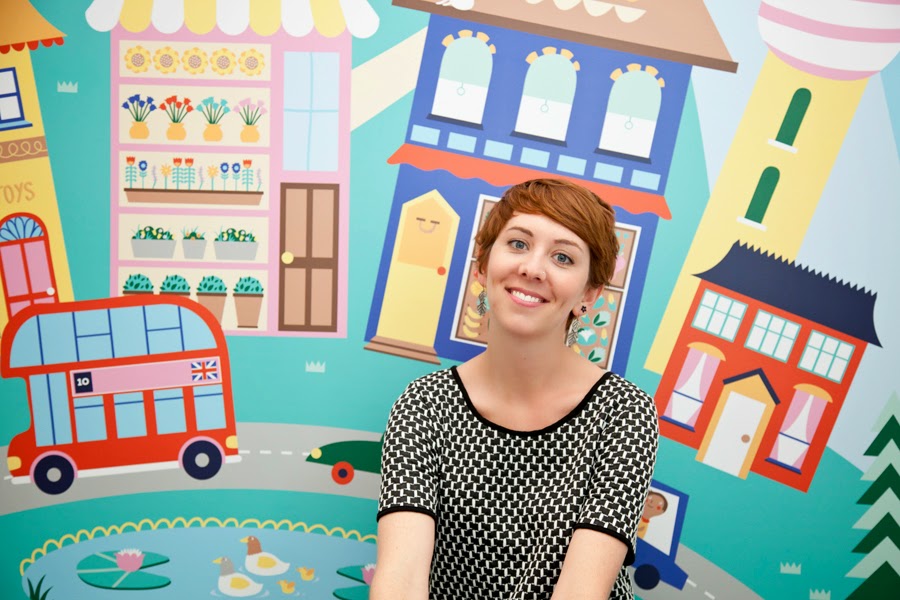 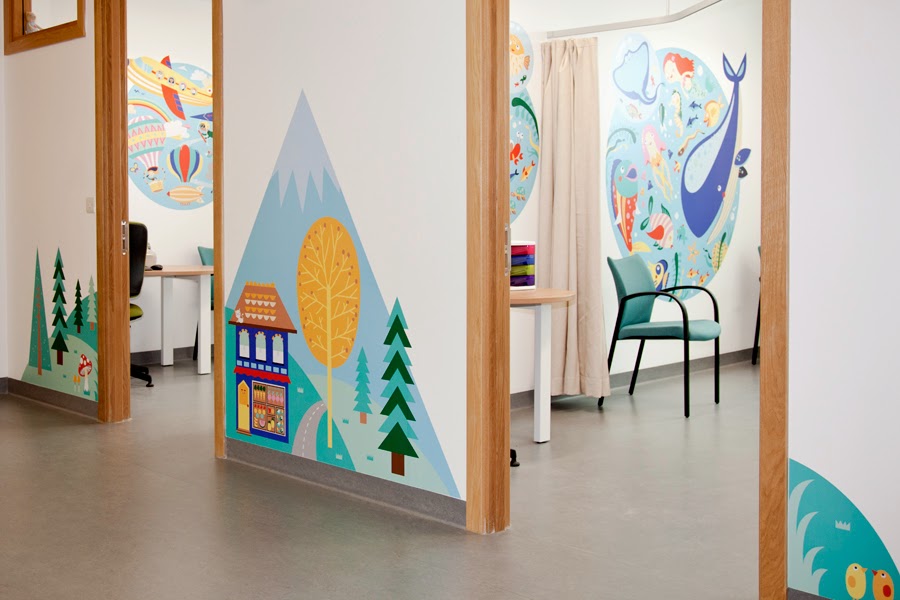 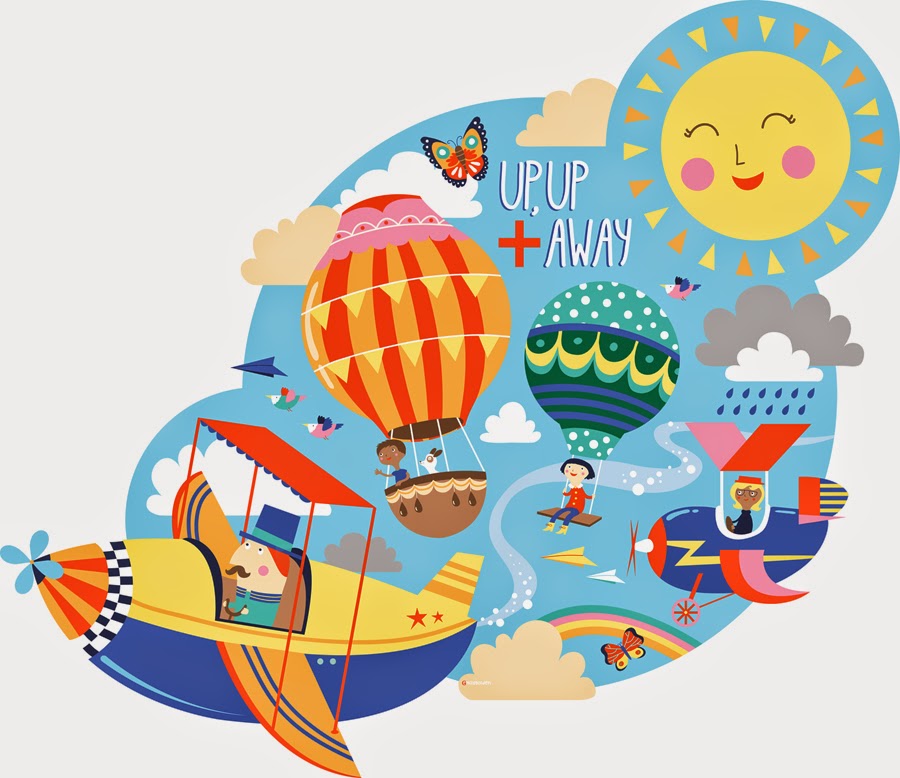 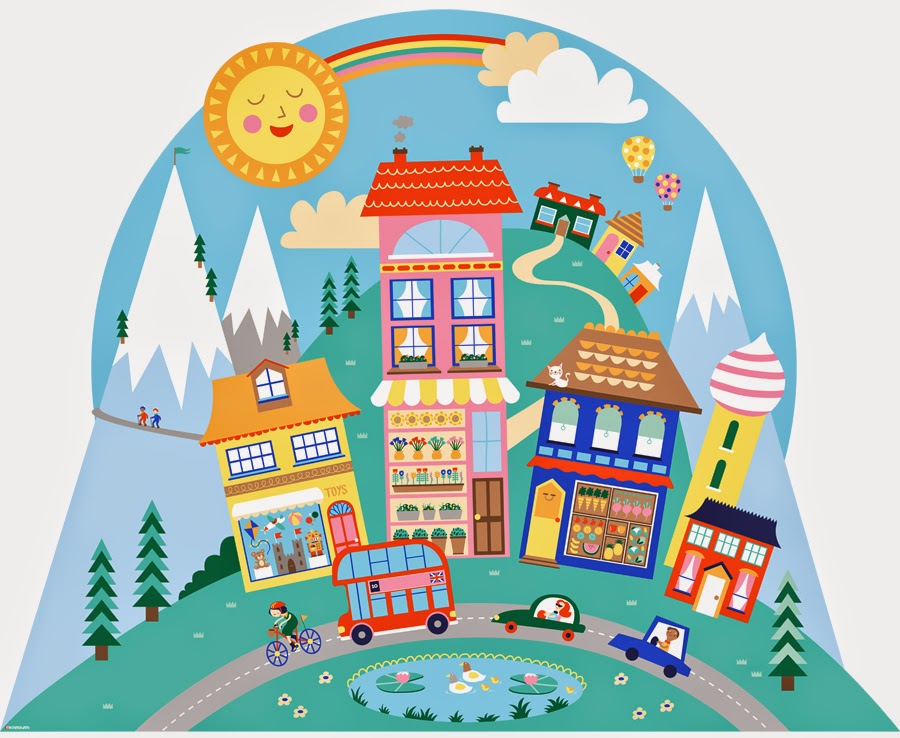