PP goes Behind the Book with Ana Gomez

This week, we've been catching up with PP illustrator Ana Gomez to talk all about her most recent picture book Bow-Wow-Meow, written by Blanca Lacasa and published by Nubeocho! Bow-Wow-Meow is a charming story about love, acceptance and being yourself, which gently introduces gender identity issues to young readers. 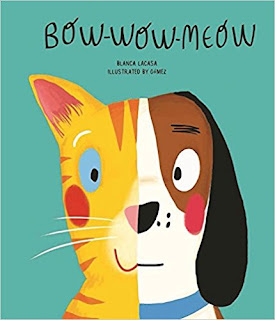 Fabio is a beagle who struggles with an identity issue. He doesn't play fetch, he doesn't bark and he won't wag his tail, in fact, he doesn't seem to enjoy being a dog at all! His owner Max soon discovers that Fabio disappears every night, and one evening decides to follow him. To his surprise, he finds Fabio playing with a group of street cats, joining in climbing trees, sharpening his claws and even chasing mice! It seems Fabio is much happier living life as a cat! This comedic look at gender identity issues is easily accessible and understandable for young readers, and we love Ana's illustrations throughout!

We asked Ana how she goes about creating her wonderful illustrations:

"Firstly, I do the sketches with pencil on paper. To draw the sketches I go to a cafeteria in the morning, there is a relaxing atmosphere, so I like to think and draw there. I then scan the sketches and I make the illustrations completely digitally. I used to work with an Intuos tablet, but recently I have bought a digital screen."

Ana has been kind enough to share some of her sketches, to give you an insight into how the illustrations progress from this early stage to final full-colour artwork, ready for the book!

To read more about Ana's life as a children's illustrator, you can read our full interview with her here! 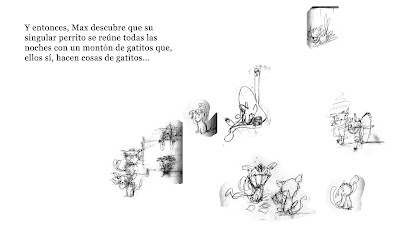 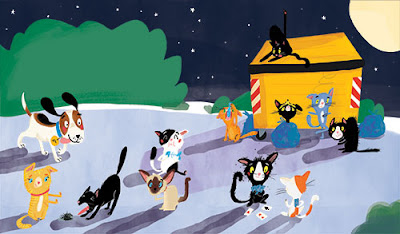 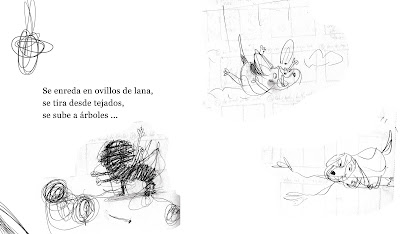 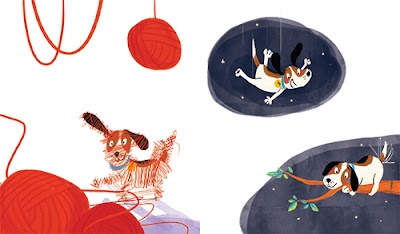 Bow-Wow-Meow is available in the UK, Spain and Italy, and you can get the English version here. You can see more of Ana's work on her PP folio here!